Posted by johnlamb1 in Humor, Uncategorized on March 19, 2015

March is an underappreciated month. Its placement between the cold of February and the bloom of April leaves it almost without an identity. But before we sign a petition to delete March from the calendar, let’s look at some of the good things that happen in our third month:

1. Longer days
2. For my Irish friends, St. Patrick’s Day
3. Temperatures become bearable
4. Baseball returns
5. Shrinking snow banks
6. Birthdays of relatives and good friends
7. Pi Day
8. College basketball’s March Madness
9. It’s time to make summer plans
10. First day of Spring
11. March was once the first month of the year. Despite its demotion to the third slot, March hung around.
12. For school kids, March is easier to spell than, say, February.
13. Chuck Norris was born in March (according to the legend, at a hospital he built).
14. Reopening of the local Dairy Queen
15. The late-month storms that reminds us that winter still isn’t over (okay, maybe not so much on this one)

Posted by johnlamb1 in Uncategorized on March 8, 2015 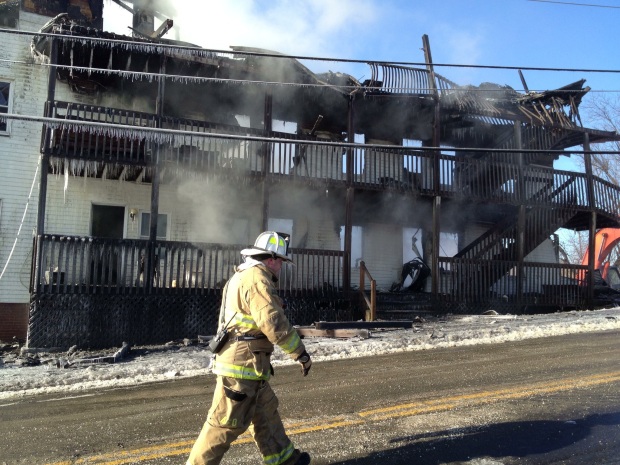 I generally keep my blog and work lives separate, but this one is an exception.

The American Red Cross, my employer, launched a five-year effort to reduce the number of fire-related deaths and injuries, primarily by promoting the importance of working smoke alarms and emergency escape plans.
Why are these two elements so critical? Consider this: we asked Americans how much time you have to escape a burning building. More than half, 62 percent, answered 5 minutes. Another 18 percent responded 10 minutes.
In reality, you have as little as 2 minutes to get out of a burning house. Part of this is due to the speed at which a fire spreads; the other element is that 40 percent of fire deaths are from asphyxiation, due inhalation of smoke or burning chemicals.

Simple maintenance
A working smoke alarm alerts you to a fire. An escape plan — that your family has practiced — ensures you get out of the house as quickly as possible. The combination of the two can be life-saving.
Smoke alarms have a life of about 10 years. After that, replace them. Some of the newer models come with ten-year batteries, so you’re free of the yearly replacement (although you should test and vacuum them monthly).
Last year, 30 Mainers lost their lives in house fires, the deadliest year in decades. Most of the fatalities were young people, with lots of life ahead of them. According to our State Fire Marshall, all but two deaths could have been prevented.

Don’t become an “if only…” Check your smoke alarms. Replace the batteries or replace the alarms if they’re more than 10 years old (look for a birth date on the back). And create an escape plan. Include your kids in that process, and practice it a couple of times a year.

You may never experience a fire, but if you do, these simple steps can increase the odds of getting out alive.